United States Army
(And the Caissons Go Rolling Along)
"The Army Goes Rolling Along" is the official song of the United States Army.  It is typically called "The Army Song" and was adapted from a work titled the "U.S. Field Artillery March".  In 1952 the Secretary of the Army, Frank Pace, asked the music industry to submit songs.  Over 800 submissions were received and "The Army's Always There", by Sam Slept, was selected to be played at President's Eisenhower inaugural parade on 20 January 1953.  Many thought the tune was too similar to "I've Got a Lovely Bunch of Coconuts" so the Army decided to keep much of the melody from the original ""U.S. Field Artillery March" but with new lyrics by Harold W. Arberg.  Secretary of  the Army, Wilber Marion Brucker, dedicated the music on Veterans Day 11 November 1956/The song was officially

The United States Navy
(Anchors Away)
"Anchors Aweigh" was composed in 1906 by Charles A. Zimmerman with lyrics by Alfred Hart Miles.  Zimmerman was a lieutenant and was bandmaster of the United States Naval Academy since 1987.  Miles was Midshipman First Class at the Academy in the class of 1907.  Miles asked Zimmerman to assist him in composing a song for the class of 1907 to be used as a football march.  Royal Lovell (class of 1926) later wrote what would be adopted into the song as its third verse.  The song is the fight song of the United States Naval Academy.
The United States Marine Corps
(From the Halls of Montezuma)
The "Marines Hymn" is the official hymn of the United States Marine Corps.  Introduced by the first director of the USMC Band, Francesco Maria Scala, it is the oldest official song in the United States Armed Forces.   The "Marines Hymn" is typically sung at attention as a gesture of respect.  The third verse is also used as a toast during formal events such as the birthday ball. Some phrases, such as "To the shores of Tripoli" before the song was written.  The lyrics are said to date from the 19th century but there is no text known prior to the 20th century.  The USMC website claim that the "Marine Hymn" secured a copyright on either 19 August 1891 or 18 August 1919.  The Library of Congress asserts that the song was originally copyrighted in 1919.
\\
The United States Air Force
(Off We Go Into the Wild Blue Yonder)
"The U.S. Air Force" is the official song of the United States Air Force. It was adopted in the late 1940's.  Originally titled "Army Air Corps" Robert MacArthur Crawford wrote the initial first verse and the basic melody in May 1939.  In mid-1941, during WWII, the service was renamed "Army Air Force" due to the changes of the main American army's air arm and the song title changed to agree.  In 1947, when the Air Force became a separate service, the song was retitled, "The U.S. Air Force."
United States Coast Guard
(Semper Paratus - Always Ready)
"Semper Paratus" is a 1928 song and the official song and the official march of the United States Coast Guard.  It was composed by U.S. Coast Guard Captain Francis Sallus Van Boskerk aboard the USCGC Yamacraw in Savannah Georgia in 1927.  The precise origin of the phrase (Semper Paratus) is obscure, although the U.S. Coast Guard Historian's Office notes the first use was by the New Orleans Bee newspaper in 1836.  The use was in reference to the actions of the U.S. Revenue Cutter Service during the Ingham incident.  The Ingham incident refers to a naval battle fought in 1835 between Mexico and the United States.
United States National Guard
(Always Ready, Always There)
"Always Ready, Always There" is the official organizational march of the United States National Guard.  "Always Ready, Always There" was compose in 2016 by Chief Warrant Officer 4 David Myers, director of the 40th Army Band in the Vermont National Guard. It replaced "I Guard America" which was adopted in November 1999.

Thank you to the following who support our Veterans. Click on the logo(s) below for more information. 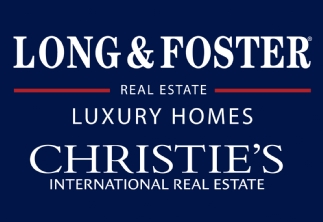 Closing is at the Discretion of the Bartender, based

on the number of customers or the weather.